False Sexual Assault Convictions in the US

To whom I answered, It is not the manner of the Romans to deliver any man to die, before that he which is accused have the accusers face to face, and have license to answer for himself concerning the crime laid against him, Act 25:16

Download this Excel Spreadsheet to see the raw figures from the UN.

To  provide your opinion, click on "The Forum" here!

Why Do Women Lie About Rape?

The National Organization for Women, radical feminists and Women's Studies departments often deny that women make false accusations about rape by asking the naive, simplistic and self-serving question, "Why would a woman lie?" It turns out that there are plenty of reasons women lie about rape, either deliberately or out of desperation.

A U.S. Air Force study, The False Rape Allegation in the Military Community (1983), investigated 556 cases of alleged rape, and found a 60% rate of false rape accusations!  As part of the study, women who were found to have made false accusations were asked "Why?"

The study found that most false accusations are "instrumental" -- they serve a purpose.  If the purpose isn't avoiding guilt or getting revenge, it might serve a more focused purpose, for example telling her parents "I didn't just go out and get pregnant - I was raped"; or telling her husband "I didn't have an affair; it wasn't my fault, I was raped."

An unrelated Washington Post article, "Unfounded Rape Reports Baffle Investigators" (6/27/1992) also found a wide range of motivations to falsely accuse men of rape.  Anger towards boyfriends was common.  One woman had her boyfriend spend 13 months in jail before she acknowledged that she lied.  One woman accused her newspaper delivery man of raping her at gunpoint because she needed an excuse to be late to work. Neither woman was prosecuted or even reprimanded for lying to the police and attempting to have a man frivolously imprisoned.

All rape accusations need to be considered seriously as no doubt rape does indeed occur.  But a balance needs to be maintained between the claims of the accuser against the all-too-often legitimate denial of the accused.

Women who are found to have made a false sexual assault complaint should receive the same jail sentence as the male victim would have received if he had been convicted. That will put the brakes on fake rape.

All American jurists were aware that the UN reported the number of allegations of rape (which includes sexual abuse) in the US increased from 36,878 in 1970 to 82,088 in 1980, a shocking 123% increase in just that 10 years.  At the same time, the number of allegations in Italy decreased to 1,844, and the number in Japan decreased to 2,610.  At this point in our history, these American jurists should have been sounding the alarm that the *rate* of rape reports in the US was already 10 times higher than countries with similar cultures like Italy, and 15 times higher than Asian cultures like Japan (37.2 allegations per 100,000 population in the US, vs. 3.6 in Italy and 2.4 in Japan). 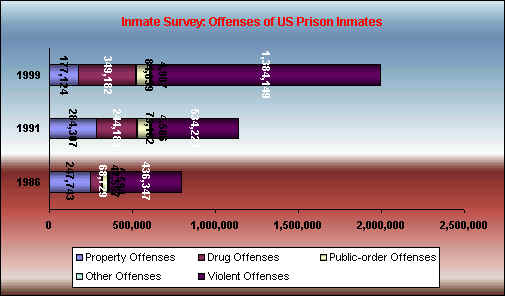 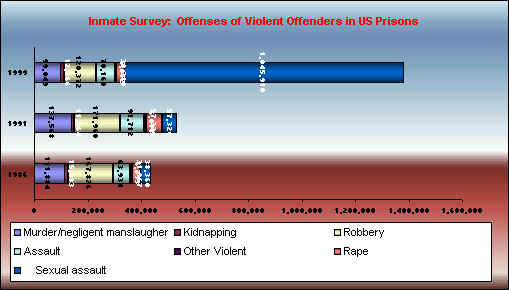 If  American men were actually no more violent than Japanese or Italian men in 1992, a completely reasonable expectation, and if our prison time served for sexual assault was equivalent to the world average of two years rather than four years, then there would have been 1/37th as many American men in prison for sexual assault as there were.  This would have been 156,568 fewer prison inmates.  In other words, we would have had 1,598 men in prison for rape, Japan would have had 780, and Italy would have had 464.  Instead, we had 158,166, of whom 97,534 are being concealed by BJS statistics.   Why did the BJS try so hard to conceal this data, and why were American men already more than 37 times more likely to be convicted of sexual assault than in 1992 than Japanese, or Italian, or Indian, or Yugoslavian, or Danish men?  Are they really that much more violent?  It this at all possible?

Rather than taking the responsible course and warning the public that American men are at grave risk of being falsly accused by unscrupulous women who file numerous and multiple false charges, and rather than insisting that female criminals who lie be punished, our justice system instead embarked on a mass hysteria campaign to convince the world's women that rape is an under-reported crime.  Hear how our Bureau of Justice Statistics responded to this alarming data:

WASHINGTON, D.C. -- Women were attacked about six times more often by offenders with whom they had an intimate relationship than were male violence victims during 1992 and 1993, the Department of Justice announced today.

During each year women were the victims of more than 4.5 million violent crimes, including approximately 500,000 rapes or other sexual assaults. In 29 percent of the violent crimes against women by lone offenders the perpetrators were intimates--husbands, former husbands, boyfriends or former boyfriends.

FEMALE AMERICAN CRIMINALS ARE NOT PUNISHED

American women are constantly fed the subtle but clear message that they won't be questioned about the veracity of their charges, and that even if they were questioned, they wouldn't be prosecuted, and that even the remote possibility of prosecution wouldn't lead to any significant punishment.  The inevitable result was that the US now distinguishes itself as the country with the lowest percent of prosecutions of women.  Only 5% of all prosecutions in the US are against women, compared to 15% in most other countries:

By this process, false allegations of sexual abuse against men skyrocketed in the US since the 1980s, while they remained stable or even decreased in other countries.  The US is the only country in the world whose prison population almost doubled in just one decade (between 1990 and 2000), which put a third of the world's prison population and two thirds of the world's sexual assault convictions in the US, which has only 4.5% of the world's population.  If the Inmate Survey is representative of today's prison population, then 13% or 260,000 of the 2 million men now in prison were convicted of sexual assault.  But crimes like property offenses, murder, robbery, assault, and rape decreased between 23-47% during the time that the number of American men behind bars increased almost doubled.  Because Sexual Assault was conspicuously absent from the BJS website, the only way to explain the difference is a *POSSIBLE* 1,825% increase in imprisonment for Sexual Assault.  If true*, then 53.7% or 1,076,290 of the 2 million inmates were convicted of sexual assault.

*Not included in the above estimate is Parole Violations, which is also conspicuous by its absence from the BJS website, and which may be a significant proportion of that 2 million inmates.

AMERICAN WOMEN ARE 1,000 TIMES MORE LIKELY TO BE RAPED THAN JAPANESE WOMEN IN 2000

It gets worse.  Japan's own justice statistics show that 242 Japanese men were convicted of rape in 1996, a conviction rate of 0.2 per 100,000 population, which is half of the 0.42 figure reported by the UN.  If 500,000 American women were raped in 1992 (a rate of 200 per 100,000 population), but just never said anything to anybody about it, including the police, then these experts in Washington actually believed that American women were 1,000 times more likely to be raped than Japanese women.

Is this even remotely possible?  Could it really be true that American women are 1,000 times more at risk of rape than Japanese women, or that Japanese women get raped 1,000 times more often than they report it?  Could you in your wildest imagination ever conceive of how American women are at such serious risk of rape that five sixths of them don't even report it?

No.  This is pure mass hysteria driven by unscrupulous feminists and bureaucrats who have never in their lifetimes taken responsibility for their own actions.  It is a statistical impossibility.  It is possible that American women are actually at less risk of rape than Japanese women.   It is very probable that American women are no more than 50% more likely to be raped    The only possible explanation is American women who LIE about American men in huge, almost incomprehensible numbers.  They do this solely to collect the highest "victim assistance awards" in world history, or under the false impression that they will become overnight millionaires for doing so, with the full faith and credit of the US government backing them up.

Can you actually believe that American men are 300 times more likely than Italian men to be rapists?!

FBI studies of DNA evidence now prove that a third of inmates convicted of and in prison for sexual assault whose DNA had not been tested before trial didn't even match the evidence from the crime scene.  A one third false conviction rate would make this one of the worst travesties of justice in world history, putting up to 350,000 innocent American men in prison based on false allegations of sexual abuse alone.  Even if 100% of the remaining two thirds were guilty as charged, this would still leave us with an incarceration rate for sexual assault more than 200 times greater than Japan or Italy.

Obviously, there is something so seriously wrong with this that it's almost impossible to comprehend.  So what does our justice system do about it?  Instead of being alarmed about the high prison rate revealed by this report, the high false conviction rate which inevitably caused it, the low rate of prosecution of women which contributed to it, all of which should and does alarm every American citizen, the girls at the Bureau of Justice Statistics knowingly and willingly participated in a scheme to further demonize American men, which caused government spending to skyrocket and personal savings to plummet, leaving the average American household $77,000 in debt.   Conversely, the average household in Japan, a nation which didn't squander its national wealth on prisons, mainly because it avoided a similar witch hunt against its men, has net savings in excess of one million dollars and family incomes in excess of $121,000 per year.

Our own justice system is participating in a cover-up to conceal the fact that American men are 2,091 times more likely to be falsely accused of rape than a child is to die of a gunshot.   And our politicians are assisting them by studiously ignoring this massive travesty of justice.

Our own justice system did a million times more damage to society than all of the criminals in the country, combined.  The FBI itself estimates that the total "Economic Loss to Crime Victims" after compensation by insurance is a mere $5.4 billion per year, but the total cost to society of falsely imprisoning 450,000 men can't even be measured.   Just the loss to the economy and the increased cost of the justice system is more than $300,000 per inmate, which is $135 billion, by itself 25 times more costly than criminals themselves.

American women who LIE must be punished, whether they lie about statistics, or about rape!